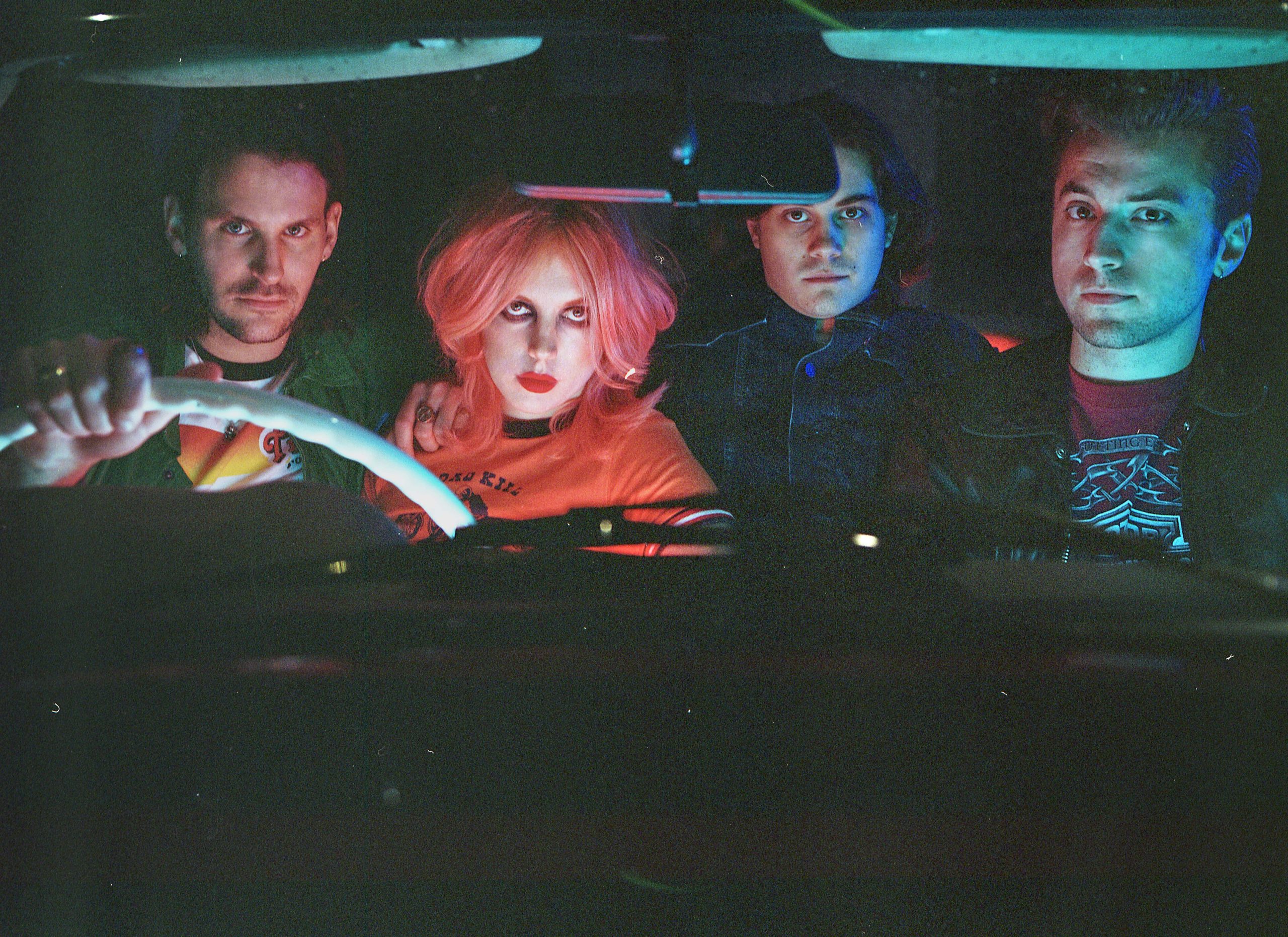 Fronted by the charismatic Izzy B. Phillips, English rockers Black Honey are aiming to conquer new ground with their first ever show in Denmark.

There’s an iconic scene in the spaghetti western classic ‘The Good, the Bad and the Ugly’ when the bandit Tuco tells his brother Pablo, a priest, that those were the two only options when they were growing up. By becoming a priest Pablo merely chose the easy option. The same reasoning is behind Izzy B. Thompson’s character in the Brighton quartet Black Honey.

Their self-titled debut album is about choosing to be the villain instead of the victim. Why? It’s more fun. Izzy is somewhere between Debbie Harry and Lana Del Rey. She’s dyslexic and diagnosed with ADHD, and her songs are the result of bits and pieces of films she can never watch until the end.

The result is a cinematic universe that fuses Americana indie rock with dark disco and punk. With hints of Blondie and Garbage, but always fun. Listening to Black Honey is like secretly pouring vodka in your milkshake in the diner.

Due to the countless references, Izzy B. Phillips refers to the music as “a Frankenstein’s monster”, but it’s all tied together by her immaculate sense of melody and a tight band. Having reached the UK top 10 with sophomore album “Written & Directed”, Blach Honey are ready to win over new fans with their Danish debut show.