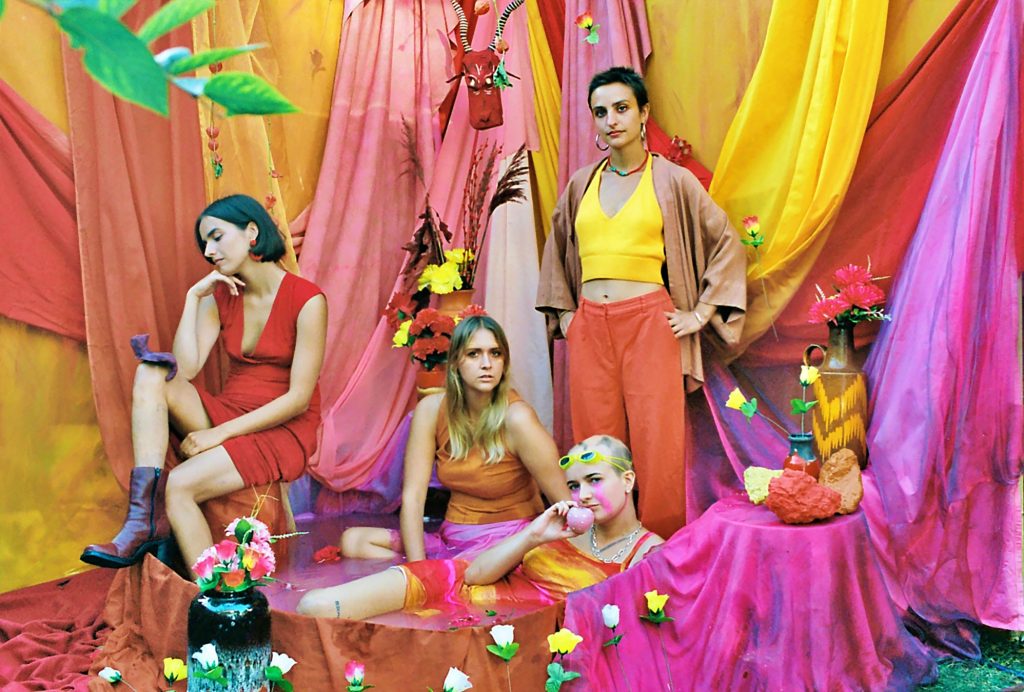 Out of South London, Goat Girl is one of the most exciting new post-punk bands.

Before Goat Girl had released a single song, they were signed by Rough Trade. Seeing the band live in South London was more than enough for the iconic label.

There’s a restlessness to Goat Girl’s approach to post-punk. The deliberate distance you sometimes feel when listening to them is contrasted by how deeply the four members are engaged in each other, their music and the society that surrounds them.

“How can a whole nation be so fucking thick?” they asked on debut single “Scum”, followed up in 2018 by a self-titled debut album full of elegant defiance.

The band consists of Clottie Cream, Rosy Bones, Holly Hole og L.E.D., a unit where everyone contributes to the songwriting. On new album “On All Fours”, the lyrics are less confrontational, less direct, but all the more powerful and still full of razor sharp one-liners. It’s a band of self-professed introverts with the courage to tackle difficult subjects like global warming, censorship and coping with panic attacks.

Writing “On All Fours”, the four friends would frequently switch instruments and started using synthesizers more. Understatement is key in Goat Girl’s music. The beauty of it is a statement of its own.