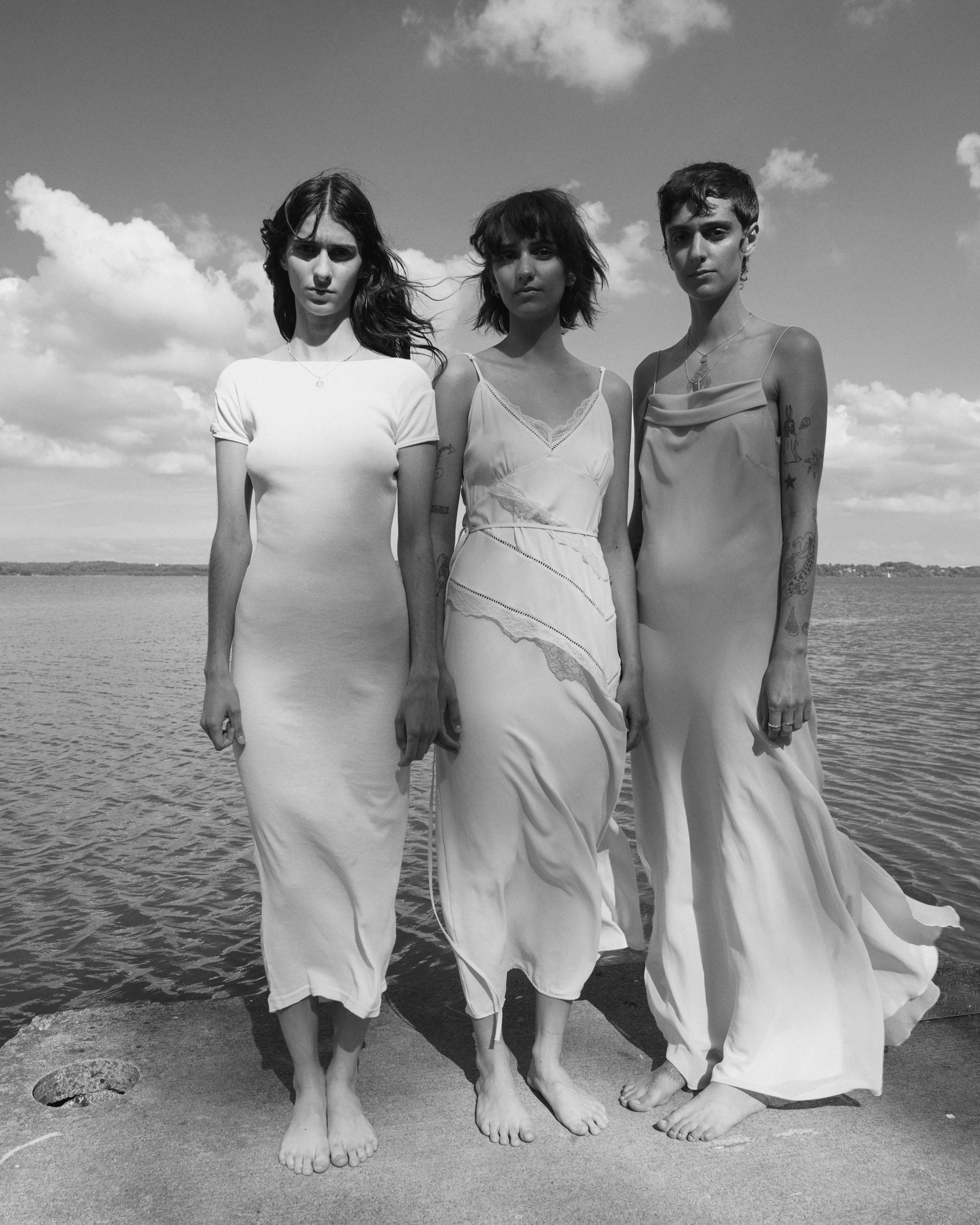 It all started with the love the sisters Noa, Naomi and Nataja Lachmi had for the pantheon of rock music. Instead of settling for a life of fandom, however, they started playing music themselves and released their debut album in 2017. A testament to their love of true rock’n’roll.

Backed up by a string of concerts and TV performances, the trio quickly gained popularity with a reputation of intense stage performances. Determined to show they weren’t just one trick ponies, Velvet Volume took a step back to find new inspiration and re-discover themselves.

Follow-up album Ego’s Need from 2020 reveals a band venturing into new territory, exploring different corners of rock music and sharing even more personal lyrics. On their announced third album, they’re going deeper in their search for new expressions with elements of surf and Americana.

The single ‘In the End’ is a sign of things to come: Still grand in message and, well, volume, it’s more dream-rock than rock’n’roll. Whichever label you may want to put on their music, the intensity is intact – and even higher on stage.